Top
You are here: Home / Yoga / Recharge your energy using your hands

Mudras are gestures and they typically involve placing the hands and fingers in certain positions. The meaning of ‘mudra’ in Sanskrit is ‘closure’ or ‘seal’. Mudra hand positions are physical gestures that have an effect on the energy flow of the body. The ancient practice of yoga links the hand mudras to the changing spiritual and mental aspects of a person.

The , which we practice in combination with the tree balancing posture, opens the heart chakra and is a symbol of purity. A lotus flower sits on the surface of the pond, opening to the sun as its roots remain deeply embedded into the muddy bottom, holding it firm and strong. Not a speck of mud can be seen on the beautiful flower that emerges. It is the symbol of light and beauty emerging from the darkness. The message of the lotus mudra is to stay connected to your roots, open yourself to the light and realise that the greatest sense of steadiness in life is an open heart.

The Chin Mudra, also known as Gyan Mudra, can be described as a yogic gesture that represents the unified nature of human consciousness. Yogis also state that this mudra is the gesture of knowledge. It is one of the most commonly used gestures with those who meditate or practice yoga regularly. We use it on our centring at the beginning of the class.

Who could tell me what mudra is this one on the right is?

By default your search is of the whole site but you can filter your search to particular categories by choosing from the menu below:

Get in touch with Che Yoga & Ayurveda Wellness at: 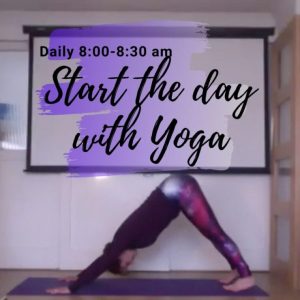 This is a 30 minutes morning online Yoga class at 8 am, using Zoom video conferencing. It is a great way to start the day! The class is always different and it is open to  END_OF_DOCUMENT_TOKEN_TO_BE_REPLACED
Jul
17
Fri
8:00 pm Rest and Restore
Rest and Restore
Jul 17 @ 8:00 pm – 9:00 pm 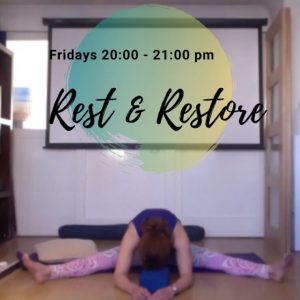 We are doing the Saturday morning Yoga classes online using Zoom. Sponsored by ChART, this class is only £5. If you live in the Chinbrook area, you can come for FREE! Book your ticket here  END_OF_DOCUMENT_TOKEN_TO_BE_REPLACED
Jul
20
Mon
8:00 am Start the day with Yoga
Start the day with Yoga
Jul 20 @ 8:00 am – 8:30 am

This is a 30 minutes morning online Yoga class at 8 am, using Zoom video conferencing. It is a great way to start the day! The class is always different and it is open to  END_OF_DOCUMENT_TOKEN_TO_BE_REPLACED
View Calendar
Add

I love Geny’s classes and will continue the online classes until my gym is open again. I hope that this is not any time soon as it is a hive of germs at the best of times.

Laura has been practicing Yoga with Geny since the start of 2019. What this video testimonial to find out Why has Laura come to yoga? and what does she get out of the classes? Join Geny’s online Yoga studio https://cheyoga.co.uk/calendar/

Jane: I am currently doing 7 online classes a week, I love it!

Health professional Jane has found a better structure to her day and improvements to her suppleness and strength by practicing Yoga with Geny daily.

Phillippa: Yoga with Geny is inspiring, encouraging and fun

I have been doing yoga with Geny in person for over two years. Since the lockdown began, I have taken the plunge and started practicing yoga most of my weekdays with her 1/2 hour sessions at 8 am. They are a perfect way to kick-start the day and fit well into my work schedule (as… more “Phillippa: Yoga with Geny is inspiring, encouraging and fun”

Before lockdown, Geny taught at my local gym and now since lockdown Geny’s online classes are spookily exactly the same. Her energy, enthusiasm, and love of yoga comes across together with clear instructions. Her classes are fantastic, as they have really helped me remain positive and fit.

Dave: Geny as an Ayurveda therapist and consultant👍👍

In 2019 I was suffering from work-related stress and under the care of hospitals for a variety of issues. I was advised to visit Geny by somebody whose judgment I trust. I was skeptical at first but decided to embrace Ayurveda and the techniques and expertise of Geny. From the first moment, we met she… more “Dave: Geny as an Ayurveda therapist and consultant👍👍”

I discovered Geny… and then I was hooked

I discovered Geny when she covered yoga classes at my local gym. I have since become addicted to her classes; would happily travel a distance to attend one of her classes. Her professional; friendly personality have made yoga an enjoyable experience instead of an effort.
I have asked for her treatment vouchers as Christmas… more “I discovered Geny… and then I was hooked”

I have had two sessions with Geny, she is professional and highly knowledgeable. The ayurvedic advice and suggestions she gave me during my consultation have proved spot on and I can see an immediate benefit. I had a fantastic massage with Geny which left me feeling very nurtured. I highly recommend Geny… go and book… more “Sue, Bromley.”

I love your yoga class and style of teaching. There’s something about yoga that is very personal and a lot depends on the vibe with the instructor. You are the best instructor I have found in the local area. You challenge me to my fullest but, at the same time, you are warm, inspiring, and… more “Best Yoga Instructor I Have Found Locally”

Thank you for all your encouragement, patience and humour! I shall keep an eye out for any workshops! Victoria

Going to a regular yoga class allows me to meet like-minded people and make new friends.  The bonus of having such a knowledgeable and committed teacher enhances the experience each week. Being a runner, currently recovering from an injury, I have been stretching my muscles for many years but find the intensity and variety of… more “Ann, Grove Park”

The outdoor sessions at Chinbrok Meadows are perfect. I really hope they continue for 2018. I and my daughter think Geny is an amazing teacher.

Geny is an excellent yoga teacher, she takes the time to help each person, the class is challenging and relaxing and my flexibility and strength have improved since attending these classes. I look forward to it each week.

I feel so lucky to be able to do yoga on Saturday mornings in my local community. It is a short walk from my house and at a time that suits me. The fact that it is very affordable means that I am encouraging my 22-year old and 15-year old daughters to come too. This… more “Tania, London”

I’m not sure you will remember me, but I went to your yoga lessons 3 or 4 times on Mondays fews months ago in Bromley. Unfortunately I couldn’t come anymore because of my au pair job, and now I’m back in France. But I wanted you to know that I discovered yoga with you and… more “Claire, Bromley “

I am a manager of Lewisham Disability Coalition which provides strategic support, project management, governance and financial support to Chinbrook Action Residents Team (ChART) Big Local Area. ChART Big Local is a 10 year programme, funded by the National Lottery.  Two of the residents’ priorities are Health and Well- being and Parks and Green Spaces.  Over the… more “Roz Hardie, Manager of Lewisham Disability Coalition”

Martina from London, about the Norfolk retreat

Dearest Antonia, Hsin, Geny and all you amazing people that have been sharing a little important piece of yourself with me during the retreat in West Lexham, Norfolkfor the Full Moon retreat. I would like to share some thoughts with all of you, being now 2 weeks since we spent that fabulous and deeply nourishing… more “Martina from London, about the Norfolk retreat”

Thanks so much for the Ayurveda consultation. It is so easy talking to you. Makes the process so much easier. I very much enjoyed this morning. I also thoroughly enjoy the yoga classes. My arms are so much stronger already, just need to work on the ‘slouching’.

Many thanks Geny, your classes are a joy to attend. I really do enjoy them. Your enthusiasm helps motivate the class plus going round  and correcting people is great. Maybe I’ll try the headstands though another week!